How Senior Citizens Use Technology: Trends in Internet and Social Media Use

Though senior citizens use the internet and social media about twenty-seven percent less than the average American adult, the use of technology in this demographic is steadily increasing. According to an article on MarketingProfs, the Pew Internet and American Life Project found that fifty-nine percent of Americans sixty-five and older now go online. In addition to this, almost half report having a high speed internet connection, and over three fourths of those surveyed have a mobile phone. The over sixty-five demographic is using the internet more and more, and should not go unnoticed by marketers. Although they use this technology less than average, their usage is steadily increasing.

Older Americans have often been left out of the discussion when it comes to internet or social media usage; however, they are active participants in both these technologies. Senior citizens go online with increasing frequency, but are a largely ignored demographic.

Although these individuals use the internet and smartphones less than the average adult, their use is continually increasing. Healthcare PR and marketing professionals might effectively target this segment by advertising and promoting their brands on digital platforms. 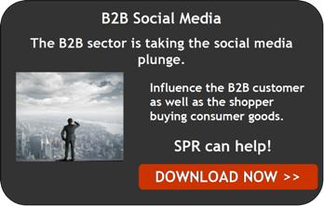 (Note: Many internet browser platforms are discontinuing their internal RSS reader. If you are viewing this in Google Chrome the RSS feed will not work properly since they discontinued Google Reader. If you have an independent reader set up already you should be fine. If you do not, may we suggest you look to Digg Reader, AOL Reader, or our personal favorite – Feedly to handle your RSS feeds. Happy reading.)